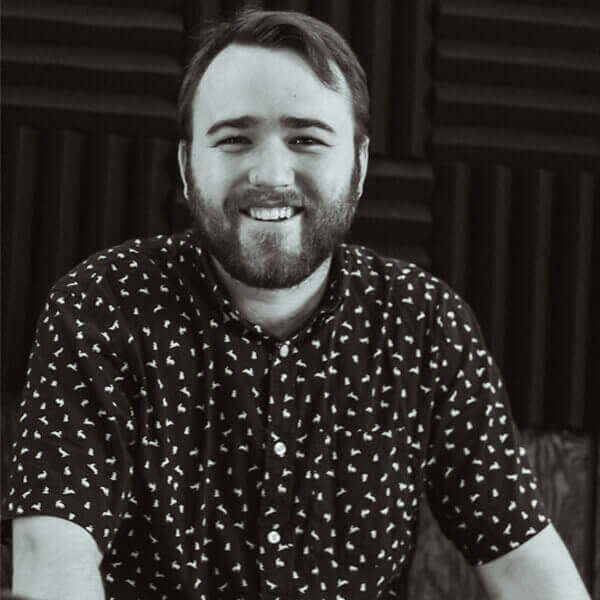 I know how incredibly frustrating it can be to put your music out into the world. I’ve spent years learning and honing skills to make this process easier and more streamlined. There are so many unforeseen hurdles between writing a song, and releasing that song. Sometimes, some of the magic is lost along the way. It is my mission as an engineer to reinvigorate and prolong that musical magic in the warmest way possible.
I first started playing music when I joined my school’s symphonic band as a teenager. As I got older, I joined a band of my own, and that’s when my passion for music really took flight. I became obsessed with sounding better for recordings and live shows. I began listening to my favorite songs and albums in a whole new way. This new obsession carried over into college, where I took my first audio classes at Lane Community College. At LCC, I recorded and mixed several genres spanning from jazz to metal. After finishing the LCC audio course,  I participated in a couple workshops at Sprout City. At Sprout, I continued to take courses, and eventually became an intern. Now I’m an engineer here, and I’m stoked to be a part of the Sprout City team! I can’t wait to work on your project.