I am the jealous type: How to be competitive as a musician, but not a douche. 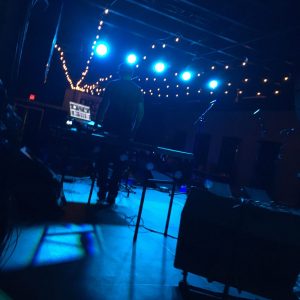 Sooner or later all of us musicians (or really all people) realize that there are a billion others in the world more talented than we are, and it’s not hard to find them. It’s part of the curse of being an artist, and thanks to the all-powerful Internet, we are reminded daily how little our talent really matters.

Now, it’s easy to let this bog you down, and even those of us with the highest self-esteem can fall into either beating ourselves up or being overly critical of others, and sometimes both.

I’ve seen myself and plenty of my friends get in these mindsets. I think we all know that they’re not healthy for us or anyone around us, and they can poison a music scene! But what they really boil down to is self-centeredness. We feel personally challenged and our insecurity makes us turn even further inward.

What can we do to deal with this?

Most of us just fake a “so happy for them” smile and then internalize all this self-loathing and fear of failure for later. But that’ll just blow up on us eventually. And no one wants to be around critics all the time, especially if the criticism comes from some weird inferiority complex. Thank God for those two free drink tickets, right?

Here’s my suggestion. And you’re not going to like it at first.

Yes, I allow myself to be competitive. But it’s not competition with underhandedness, or ill-will. And it’s also important to note that it’s not a mindset of just being better than other people, because obviously art is so subjective. Many of us have been involved in a “battle of the bands” before and sometimes those events can be really toxic if the people involved let it be. My band has participated in two BOB’s and the first time, everyone was really cool and supportive of each other’s music and we had an amazing experience. The second time I overheard a couple performers talking trash about another group pretty openly, and it really soured the night and put everybody on edge. No one really wants that, and that type of attitude is not what I am suggesting.

What competition means to me is when I encounter some amazing work, instead of envy, or self-deprecation, I use that to spur me on to make some great music myself. I make it about the music, not me, and not them. This actually allows me to respect and actually ENJOY great music that my peers are creating. How about that. It absolves my guilt for wanting to have success myself, it disintegrates my capricious egocentrism, and it allows me to genuinely enjoy the art that I am encountering. Pushing myself to the next level in my craft is just an added bonus.

Logically speaking, if you are in the same sphere as a band that achieves major success and is writing great music, then that can only be good for you as their peer. In the 60’s when The Beatles exploded in the United States there was some rivalry between them and particularly The Rolling Stones, you can still look up interviews of them trashing each other. But honestly, The Beatles success only made it more possible for the Stones to break out of the UK and into American radio, because people were hungry for rock and roll from England. Mick Jagger gave a speech inducting the Beatles into the Rock n’ Roll Hall of Fame in which he mentions that the Stones first big break was even a song that The Beatles wrote, and that all English bands of that time owe their success in part to the Beatles popularity.

I don’t think it’s necessarily a mindset that will work for everyone, but I can tell that it works for me.

What do you think? Leave comments and tell us how you deal with your artist ego.